Meeting with Joy. How a sensitive soul is born?

CS Lewis's personality is characterized by dynamism, sincerity and extraordinary creativity, visible in any of the books that may fall into your hands. You cannot wonder how did a such fascinating come into be and how did he get to sit one day to the desk and start drawing his imaginary world to the delight of many children. The master himself chose to express important events of his life in order to make us acquainted with the element that defined his existence: Joy!

Throughout the pages, one can accompany the author into the journey of his life and hear about his family, schools he attended and people who had a formative influence on his character and mind. Starting with his mother and brother to his teachers and professors that spoke to him from the books he enjoyed so much, we can see step by step how to form a portrait of the artist that he would become later.

Ever since a little child he is filled with passion for imaginary, amazed by the nature that surrounds him and the possibilities to express things that seem to escape immediate senses. From the earliest age, we can see the first fragments, glimpses of what in time will become the fantastical land of Narnia, although still found inside an immature mind. Later, at the end of his study years, while discovering the rich Nordic literature, he will be able to put on paper the characters and situations that all of us who read the Pevensie Brothers Chronicles, know.

He was a man with a fine intellectual glance facing different experiences that would help shape him, eventually leading him further and further from his childhood beliefs, and later, coming back on the same mental path, to return to those that he was looking for ever since first venturing the corridors of imagination.

Lewis gives us a picture of British society and morals in the early twentieth century, seen through his eyes as a child and adolescent, sometimes funky, sometimes disgusted by what he saw around him.

But what role does Joy have in all this story? During Lewis's life, Joy appears as a fugitive, but desirable, short but sweet. For young Jack (author’s nickname), who was enchanted by nature, forests, streams and images that seemed to whisper something more, Joy was something to search for. Joy represented a time when man realizes he wants something more, something that exists but cannot be achieved. This intense search throughout the years, is intertwined with the increase of forming a keen interest in the ultimate reality. And in order to see if Lewis was ultimately surprised by joy, we would let the interested readers to travel again with the author-protagonist on the same road.

Surprised by Joy the book written in the usual style of Lewis manages to catch you’re interest and you do not want to stop reading it. It contains enough shades of humor, satire and dramatic weight to be caught in the threads of the topic. It is worth reading for understanding the very birth of the great Lewis, but also to make us think. At the end of this book, we can at least try to put ourselves in the character’s shoes and borrow his eye glasses for a while. Who knows, maybe we’ll also be surprised by Joy ... 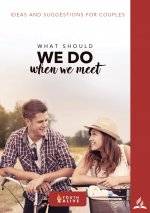