Christianity vs Atheism – more than a philosophical debate

When asked what he would say to God if he were to meet Him, the famous British philosopher Bertrand Russell answered: “I should reproach him for not giving us enough evidence”.

Philosophers have debated for a long time the subject of God’s existence. Many times, the reasons invoked to support God’s existence were based on common sense intuition shared by many people. For example, without any doubt, the fundamental question was this: “Why is there something rather than nothing?” In other words, why does the physical Universe exist? We can explain the existence of certain things in the Universe, but for sure, the Universe itself needs an explanation. Such an explanation needs to be something (or someone), which is not a part of the physical Universe, but despite this, has the power to bring the Universe into existence. This approach has offered grounds for belief in God. Another reason was based on analogy. When we see a beautiful picture or a complex watch, we know that a certain intelligence must have been involved in its creation. Moreover, the order, beauty and complexity we see around us in the natural world must be the result of intelligence.

These types of arguments have received serious criticism in the 18th and the 19th centuries. Regardless of the merits of the critics, the dominant position against the philosophers in the first half of the 20th century was that the arguments for God’s existence were weak. Actually, many went even further, stating that the concept of God itself was meaningless. The idea was that for something to be significant, it had to be verifiable through the five senses. Since God’s existence hadn’t been verified this way, God was considered to be nonsense.

Then, the situation changed

The statement that the concept of God is meaningless has since been rejected. By the end of the 1960s, Christian philosophers had pointed out that many of the reasons used to reject the belief in God were not as convincing as many atheists had presumed. Many of the traditional arguments for God’s existence made a comeback through the works of some known philosophers, such as Richard Swinburne and William Lane Craig. Often, the approach adopted was not to try to prove for certain that God exists, but to show that, based on a whole range of characteristics of the Universe, the plea for God was very strong. This does not mean that most of the philosophers believe in God, but that the belief in God and the central assertions of Christianity (such as Jesus’ Resurrection) are not unusual and that they can be regularly defended within the current philosophical circles. There are a few who predicted such a transformation 50 years ago.

But scientific discoveries have also helped…

In 1978, two scientists, Arno Penzias and Robert Wilson won the Nobel Prize for discovering what is known as the cosmic background radiation. This is a form of electromagnetic radiation found all over the Universe. Their discovery has been called the most conclusive proof for the Big Bang theory on the origin of the Universe.

Has science really proven that the Universe had a beginning? By far, the predominant opinion of scientists states that the answer is yes. However, many atheists have opposed this conclusion. In case the entire physical Universe had a beginning, as the work of Penzias and Wilson confirmed, wouldn’t this be a scientific confirmation of Creation? The well-known cosmologist Stephen Hawking has stated "Many people don’t like the idea that time had a beginning, probably because it smacks of a divine being”. Actually, Hawking tried to avoid the need for a beginning, but the evidence for the beginning is meant to represent the dominant scientific opinion. The problem of Atheism is that, if the Universe had a beginning, then it means it also had a cause. It definitely didn’t appear out of nothing. It seems more plausible that it has been brought into existence out of nothing by a Creator, which is what Creationists always believed.

During the past forty years, other scientific discoveries have supported the belief in God. The most eloquent example is the fine adjustment of the Universe. We can use as illustration the radio signal: you cannot listen to your favourite channel if the radio appliance has not been adjusted to the frequency of the respective channel. In a similar way, scientists have discovered that an entire range of features of the Universe are adjusted so that they have the exact right values for life to exist.

Antony Flew, the well-known atheist philosopher states: “Let’s consider the basic laws of Physics. There have been made calculations according to which, if the value of a single fundamental constant – the speed of light or the electron’s mass, for example would have been slightly different, then no planet could have been formed, to allow the apparition of human life.”

This fine adjustment has been explained in two ways. Some scientists acknowledge it as proof of a divine project. And many others have speculated that our Universe is one of the many others, except that ours had the right conditions for life. Paul Davies, one of the most influential contemporary figures of Modern science, supports an intelligent cause of the Universe: „The Atheists state that the laws [of nature] exist without a fundamental base, and that the Universe is ultimately, absurd. As a scientist, it is hard for me to accept this. There must be an invariable rational base on which the logical and ordered nature of the Universe is based on.”

What about the Bible arguments?

One of the central assertions of Creationism has received support from another surprising source: the field of biblical studies. It can be a surprise for many readers that, during the first half of the 20th century, the dominant perspective in biblical studies has been that the four gospels found within the New Testament were just a little more than ancient myths, which contain little historical information about Jesus from Nazareth or about any of the events they describe. Actually, it has been practically stated that nothing can be known about the historical character of Jesus, his life, his teachings, deeds, death, and for sure, his resurrection. To believe in this Jesus of the Christianity means to believe a myth with no basis in historical reality.

However, this position has drastically changed. Many researchers have begun to understand that the attitude adopted towards the gospels was extremely sceptical. By simply studying the gospels, in the same way as other historical documents, and without assuming that a God had inspired them, it became clear that they offer more certain historical information than previously thought. In the 1970s, a number of scientists approached the gospels, focussing on the Hebrew viewpoint and on the events known from other sources, taking place around Jesus’ time. When they did this, they discovered that a great part of the material in the gospels has been historically documented and couldn’t be denied. At least a sketching of Jesus’ life, the central subjects of his teaching, his crucifixion by the Romans, and the fact that his disciples had stated they had seen him alive after death are now considered to be well established facts.

A top scientist in this field, Richard Bauckham, has argued that the gospels, far from being fictitious documents not based on real events, are actually based on the testimonies of eyewitnesses who were the first followers of Jesus. He shows that the old theories claiming that the gospels had been corrupted through a long process of mistranslation cannot be supported anymore. Not all scientists working in this field agree on the conclusions reached by Bauckham, as not all philosophers or scientists believe in God. But what’s important is that there are strong historical arguments for a Christian vision about Jesus and the gospels.

The existence or non-existence of God, especially that of the Christian and Jewish God, is a great subject of the philosophical literature. Without doubt, Christianity is more than a group of well-argued beliefs, but anyone who wants to find the truth, needs to seriously research this conceptual system. 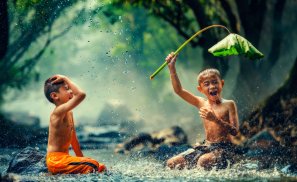 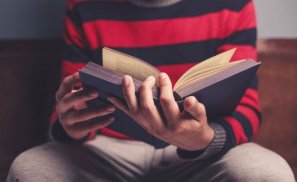