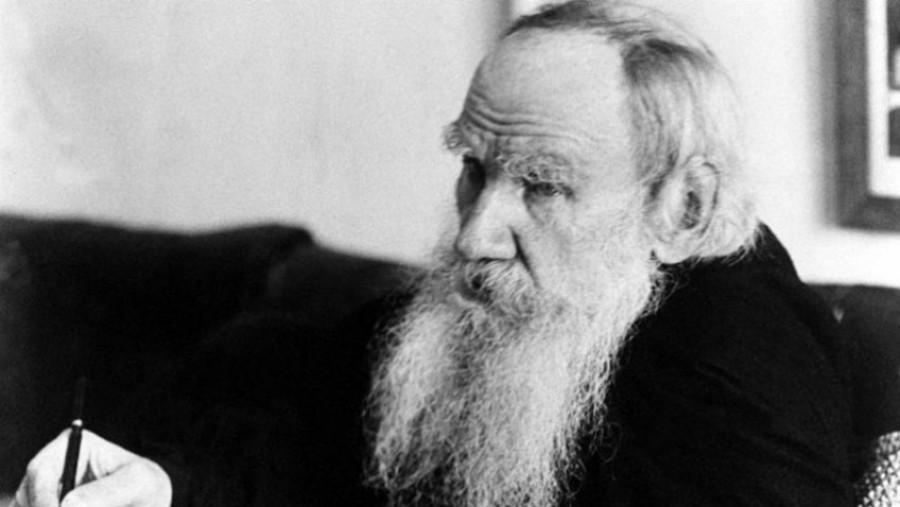 The Death of Ivan Ilyich

We’re alive. We all exist, and we think that’s nothing short of ordinary. We live life as if it belonged to us, as if it’s our right. We’re so focused on the present moment, the here and now, that we start to believe we’re invincible, immortal. We don’t realize how fragile life is.

How does one die after forgetting one can die? Leo Tolstoy tackles this question in an existential meditation, the deep and harrowing novella The Death of Ivan Ilyich.

We love Tolstoy not just for Anna Karenina and War and Peace  ‒  his shorter, more condensed writings are also perfect “samples” of his literary genius. Though briefer than his other masterpieces, The Death is a work rich in inner analyses and feelings.

Similarly with his other works, The Death focuses on what happens if you become a slave to your environment, a result of your circumstances. Ivan lives his life according to what’s expected of him, from his family and society  ‒  he becomes a successful jurist, marries a suitable woman, giving his children the appropriate education. Society influences Ivan’s opinions and feelings, shaping his character according to that of the higher classes. His actions are always guided by a collective common sense and not by his own desires.

Just when a casual reader would assume Ivan had everything sorted out in his life, he becomes the victim of a trivial accident with serious, far-reaching consequences. Suddenly confronted with death, Ivan cannot grasp its immediacy. Even though he understands that all humans are mortal, he cannot comprehend how He, Ivan Ilyich, is not somehow above this mundane existence.

"Caius is a man, men are mortal, therefore Caius is mortal," had always seemed to him correct as applied to Caius, but certainly not as applied to himself. That Caius – man in the abstract – was mortal, was perfectly correct, but he was not Caius, not an abstract man, but a creature quite, quite separate from all others. He had been little Vanya, with a mamma and a papa, with Mitya and Volodya, with the toys, a coachman and a nurse, afterwards with Katenka and will all the joys, griefs, and delights of childhood, boyhood, and youth. What did Caius know of the smell of that striped leather ball Vanya had been so fond of? Had Caius kissed his mother's hand like that, and did the silk of her dress rustle so for Caius?

And so…? If everything I experienced in life was just an illusion? Is it possible to have lived a wrong life even as I did everything right? These are questions that trouble Ivan in his last moments before death, unfortunately too late to change anything.

It occurred to him that what had appeared perfectly impossible before, namely that he had not spent his life as he should have done, might after all be true. It occurred to him that his scarcely perceptible attempts to struggle against what was considered good by the most highly placed people, those scarcely noticeable impulses which he had immediately suppressed, might have been the real thing, and all the rest false. And his professional duties and the whole arrangement of his life and of his family, and all his social and official interests, might all have been false. He tried to defend all those things to himself and suddenly felt the weakness of what he was defending. There was nothing to defend.

Why should you read The Death of Ivan Ilyich? Certainly not to learn that humans are mortal, but that we  ‒  you and I are. Eric Emmanuel Schmitt said that life is a gift. At first, we overestimate this gift: we believe we have received eternal life. After that, we underestimate it, we find it rotten, too short, we're almost ready to throw it away. In the end, we realize it wasn't a gift, but just a loan. And then we try to earn it.