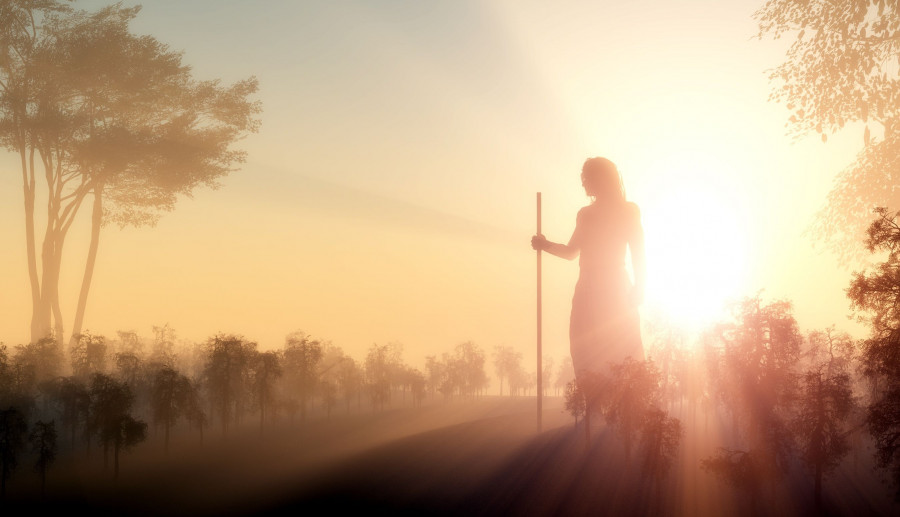 Throughout history, Jesus was and remains a controversial person. A symbol of faith, a myth, a man that couldn’t be understood, a revolutionary, or a philosopher: these are just some of the interpretations attached to his persona and his teachings. Many times, society has remodeled Jesus for its own interests, rather than trying to carefully understand what the Bible revealed about Him.

A book that embraces this exact purpose - namely to look at Jesus - seems a real challenge. “The case for Jesus. Biblical and historical evidence for Christ”, written by Catholic professor Brant Pitre, tries to find out if Jesus was just a simple prophet, a Hebrew healer in the first century, or whether he was indeed the Son of God.

The essence of the book lies in the question of whether Jesus saw Himself as more than just a man. If He had never assumed the title of Son of God, the Messiah, then we would’ve agreed that He was not the one everyone expected, and we could have turned our attention to another figure.

Pitre's research method is interesting and rigorous. Before giving an answer, he first analyzes his sources. Pitre encourages us to read the evidence and determine whether the Gospels, the main sources on Jesus' life and activity, are written around the time of the events they describe or later.

Then, the author proceeds to analyze the Biblical texts, with an interesting method - by looking backwards. If Jesus revealed Himself to be the Son of God, He said it so that the 1st century Hebrews would understand and accept it. This analysis reveals many connections with various events and expressions from the Old Testament, that people at that time were used to and looked forward to the fulfillment of prophecies. Jesus and the Gospel authors used prophecies to support the connection between the Old and New Testaments.

Such a book offers a perspective, not an answer. What I liked the most about it was its ending, although somewhat similar to the way sermons end, which in a way reduces a little the academic aspect of the book. The author gives as example the story from Caesarea. Here, Jesus is surrounded by His disciples and asks them an important question: “Who do you say I am?” (Mark 8:29). This is a question that every one of Pitre's book’s readers should ponder, connecting all the information received throughout the chapters.

“The case for Jesus. Biblical and historical evidence for Christ” is a volume of 280 pages, in a rather large format, so it doesn’t give off the impression of a quick read. It is a book for a large audience, an apologetic work sustained with concrete historical data. The volume is therefore not a specialized work  ‒  it is accessible to everyone, and has the purpose to stir up an interest in a more in-depth study of the New Testament canon.

The book uses the Bible as its main source, and even manages to provide a fresh perspective by presenting passages not usually used in reference to the divinity of Jesus. Here lies, probably, the originality of the book – the use of the context and the past in order to explain how Jesus proclaimed His divinity.

Therefore, this is a book worth reading in order to understand the personality of Jesus through the gestures and reactions captured by His disciples, which have been written in the Gospels. Although the focus is on the author's proposed demonstration and arguments, you will eventually understand Jesus, and, perhaps the next time you read the Gospels, you will pay more attention to every detail.

Brant Pitre (1975-) teaches a Bible course at the Notre Dame Seminary in New Orleans, USA, and his Ph.D thesis addressed the connection between the New Testament and ancient Judaism.