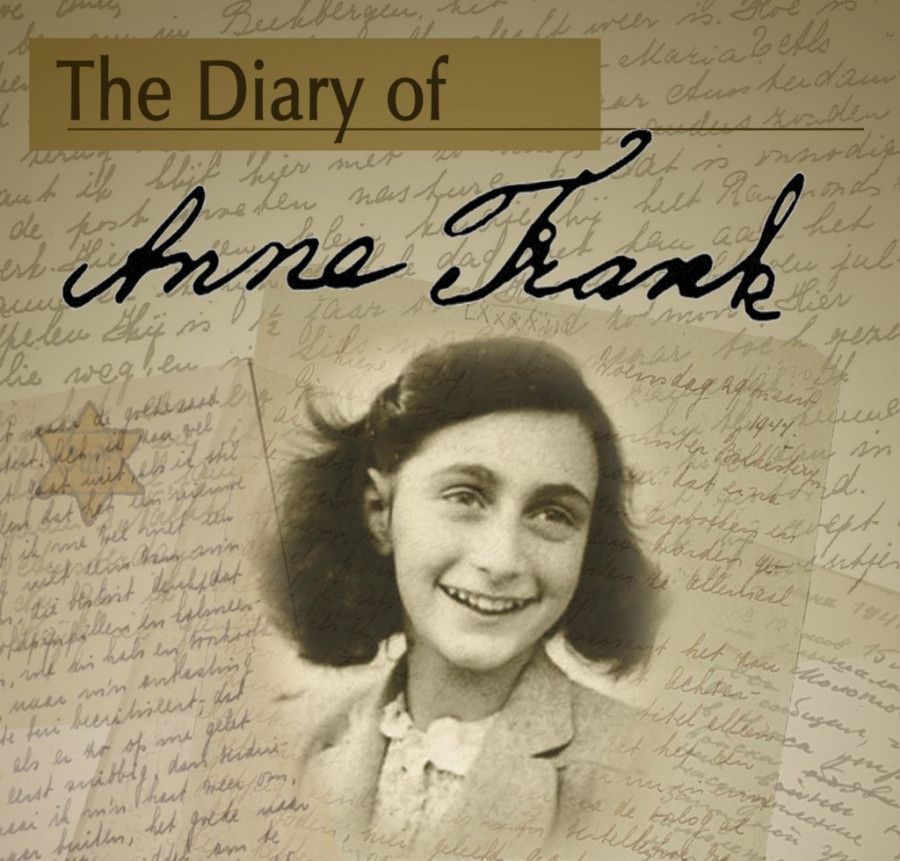 Major literary works always carry with them a “baggage” the reader has to sort out, if he dares to read them. Ready-made opinions and prejudices make works like this difficult to approach.

Anne Frank's diary carries many labels and gives rise to certain expectations. Her renown has spread all over the world. Anne Frank, as a person, has also become the heroine of many other books about her family, her entourage, the environment in which she grew up and spent the few years of her life. Her desire to become known, even a famous writer, was fulfilled, although not in the way she expected.

So, if you read Anne’s diary, what should you expect to find in there? Surely, first of all you’ll find Anne. Annelies Marie Frank, born on June 12, 1929, the daughter of Otto Frank and Edith Hollander, the sister of Margot Frank, the owner of the cat named Moortje and of the journal where she used to write down her thoughts during the most fierce world conflict of the 20th century.

The Amsterdam of the year 1942 is an unsafe place for any Jewish family. The Franks manage to find shelter on one of the floors of the company where the father worked. Nazi occupation troops, having conquered the Netherlands in 1940, have come to intensify their oppressive ruling year after year. Yet, with the help of several Dutch business partners, the Frank family, together with the Van Pel family and later on with Fritz Pffefer, a dentist and family friend, hide themselves in a secret annex behind a bookshelf.

What can we expect to learn from such an extremely unfortunate situation? What can a thirteen-year-old girl write in a journal that has little chances to get to be published or which might even be lost or which she sometimes finds too ridiculous to be read by someone else? How does a child see the war, the deprivations, the adults and the human existence as a whole?

Certainly, each of these topics is found at some point in the pages of Anne’s diary. Anne, though only a 13-year-old child who writes in the diary until she is 15, when she is arrested, proves to be very mature and often, especially at the end of the diary, she manages to capture with a very realistic eye aspects of life and manifestations of both the greatness and the kindness, as well as the wickedness and the despicability of man.

There are embarrassing moments and repetitions in the diary that simply and eloquently evoke the routine and the boredom that settle in even in a tense situation such as the one the Franks were forced to experience. Anne speaks about the moments of sheer joy and understanding between Anne and her parents, and especially between Anne and her father, who she seems to be more attached to, or about the childish games typical of her age. Anne also recounts about her relationship with Peter, the son of the Van Pel family, a lonely boy, who she sees as a brother and later as a boyfriend.

Few are the moments when the family on the hide come into contact with the outside world, although the Franks receive the main news from the front and Anne describes the state of mind of her family and friends in relation to troop movements, expressing hope or doubts about the liberation. However, Anne’s inner universe is much more important, and that is why the listing in her diary of the gifts she receives on her birthday appears to be more important to her than the terrible military confrontations.

So, is Anne's Diary worth reading?  Yes, it is, because you’ll look at the war from a different angle. You’ll see it from a hideout behind a bookshelf that is the only obstacle that keeps the enemy away from capturing you. You’ll eat at the same table with the Franks and feel their fears as well as their hope for a future that will eventually end abruptly for them.

You’ll get to see the world through the eyes of a very promising young girl, who died long before she had the chance to become a famous writer, an art she mastered already when she wrote the diary. You’ll make Anne your friend, who will accompany you through your bad days, who’ll talk to you about the days when the sky seemed to tumble down. And she’ll remind you that the sun will always rise.