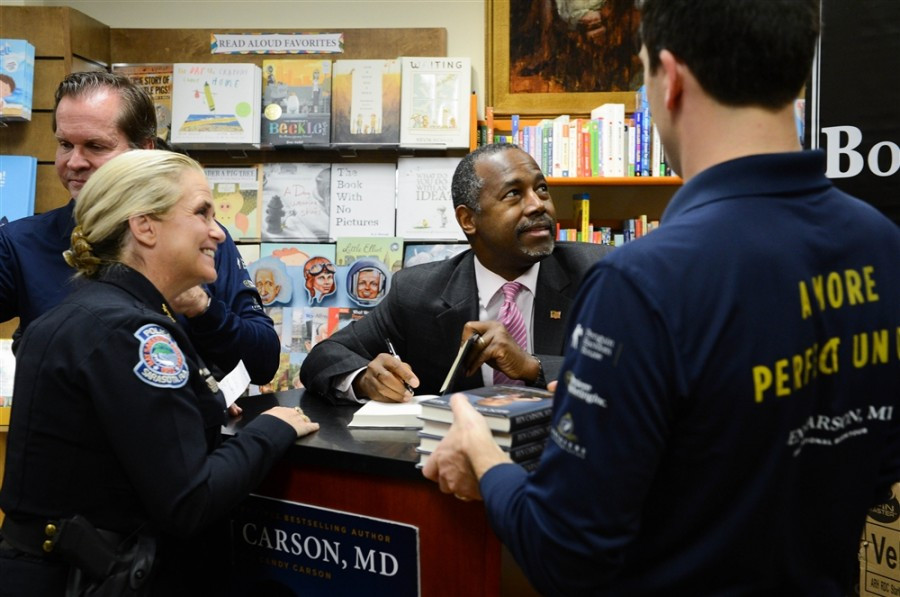 Think big. You can reach further than you imagine

He was born on September 18, 1951, on the outskirts of Detroit, Michigan, in a black family, as the second son. However, eight years later, their father left. So their mother, intelligent but without a school degree, had to work very hard to support her children.

Being home alone most of the time, it's not too hard to imagine that school was not a priority for him. So he spent all day watching TV or playing outside. His grades were so low that everyone made fun of him. At one point, because of an absolutely trivial reason, he almost killed a classmate, by stabbing him.

But everything was about to change one evening when his mother saw his report card.

Because she knew what it meant to have no school education and how that could damage the rest of one’s life, she decided to do everything in her power to prevent this from happening to her children. So she imposed a strict schedule to change their lives. They could go out to play only after they finished their homework, they were allowed to watch only three TV shows a week, and they had to read two books per week and write summaries for them every Sunday.

The next day, he went to the library to take out books. His mother never mentioned any title, topic or number of pages. So he started with encyclopedias of plants and animals, since they had more drawings than text, and slowly began to enjoy reading. This is how one day, during science class at school, he recognized the name of a rock that not even the smartest student was able to. He then became aware of his true potential and decided to read more about other subjects too. He began to gain confidence in himself, and a year and a half later, he was the top student in the class. Now, he not only loved reading, but actively encouraged others to do too. From his point of view, we can learn in many different ways, but books are the best source of knowledge. Reading activates and trains our mind just as muscles are trained when we lift weights at the gym. Reading urges us to use our imagination, becoming thus more creative.

He graduated from the Southwestern High School in Detroit in 1969. He applied to the prestigious Yale University, and not only was he admitted, but he also received a scholarship that covered 90% of his costs. He graduated successfully. He then enrolled at the Michigan Medical School, during which he chose neurosurgery as a specialty. He joined Johns Hopkins Hospital for his medical practice. At the interview stage, he discussed with the head of the neurosurgery program about topics related to medicine and classical music - a common passion. And, at just 33 years old, he became the head of the Department of Pediatric Neurosurgery at Johns Hopkins. What an extraordinary growth in the life of a man who worked for his passion! In 20 years he grew from the last one in his class to the head of an important and difficult department in one of the most famous hospitals in the country.

In 2008, he received the Presidential Freedom Award from President George W. Bush, and in 2010 he was elected as a member of the Institute of Medicine of the National Academy of Sciences.

Ben Carson, helped and guided by his mother's advice, became aware the importance of education in one’s life. He worked hard, and then enjoyed the rewards. And because he wanted to share his story with others, he wrote eight books: Gifted Hands, Think Big, The Big Picture, Take the Risk, You have a brain, America the Beautiful, A more perfect union, and One Nation.